The Cavernites – A Tribute to the Beatles 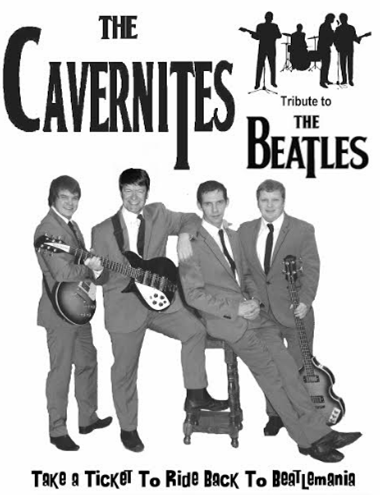 The Cavernites – A Ticket To Ride
A Musical celebration of The Beatles Live in Concert.

Take a ‘Ticket to Ride’ from the The Cavern club in Liverpool in 1969 to nationwide tours in the UK to Beatlemania and stadium concerts in America and around the world. Concluding with their last live performance on top of a London roof top in 1969.

The Cavernites are a professional Four piece Beatles tribute band from Liverpool, who perform a tribute show that recreates the vibrant sounds of The Beatles live during their touring years 1962 – 1966.

An audio visual Live Concert Experience, this is a treat for any Beatles fan!